The world on a brocade fabric 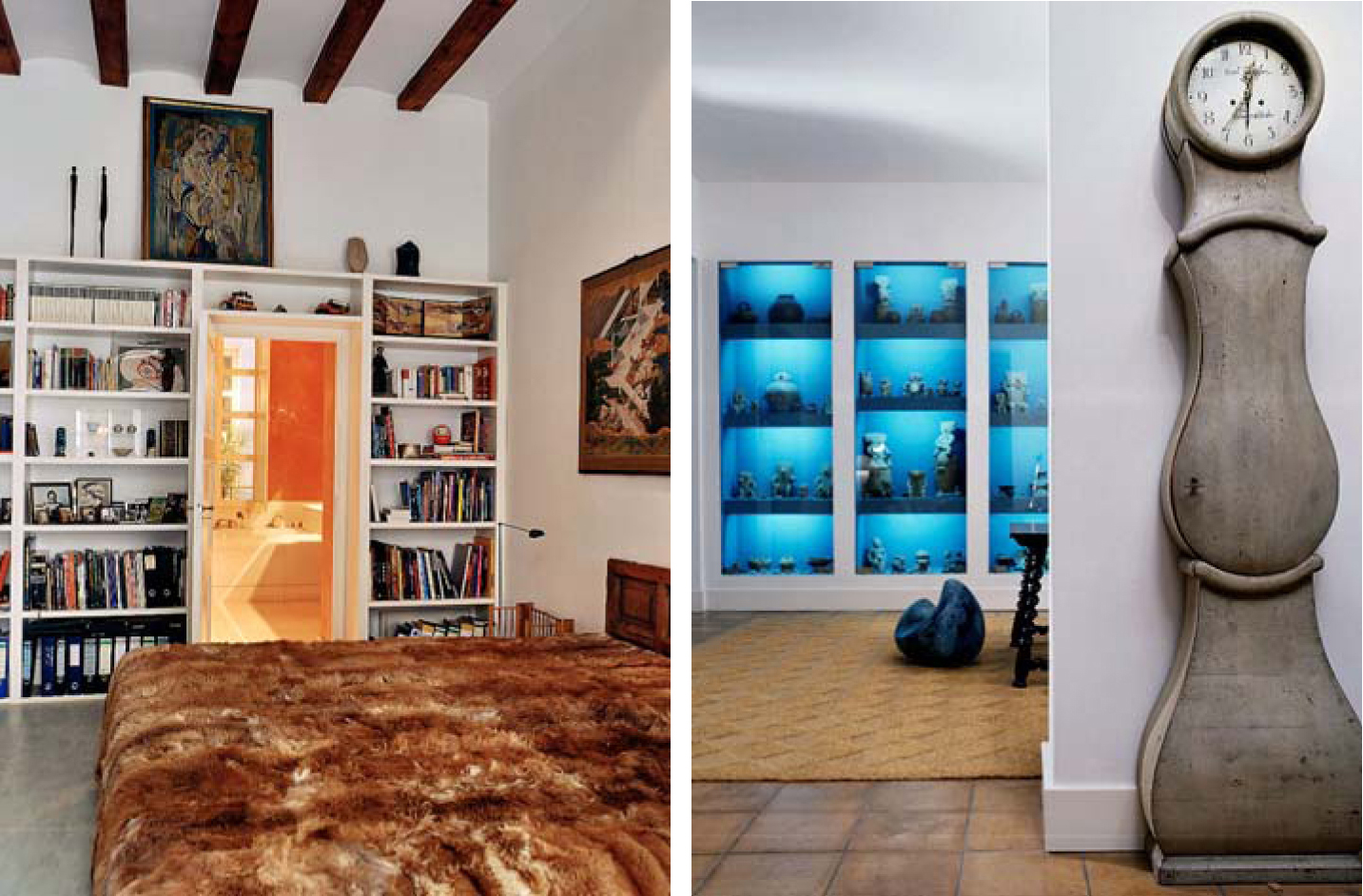 His passion for art, history and Barcelona, prompted a financier, collector and intrepid traveler to hang his unpolluted white suit with Panama included in a main floor apartment located in the Call, the old Jewish Quarter of Barcelona. But before this, he had already sheated inside his working overall, during a long season dedicated to rebuilding the foundations of this lordly 18th century property, whose structure had been seriously damaged by a bombing during the civil war. All wooden floorings and ceramic tiles were removed, discovering the wooden beams and ceramic filler blocks. With the help of estyrodur molds, new reinforced concrete beams were placed and connected to the existing beams by steel pins and sewed to the perimeter walls with high strength resins mortar. The same work was performed at the level of the main walls, repairing an endless number of cracks and breaks and unifying the height of the lintels on the go.

Once the structure was consolidated, it was carried out a thorough reorganization of spaces, recovering the generous measures of the living rooms, hallways and courtyard, in this case built over the footprint of a watchtower of the fourth century Roman wall, which seating stone can be seen at the base of the perimeter walls.

The rest was, -always with a connoisseur touch-, combining hunting trophies together, fruits of hours of stalking and tracking in antiques markets of the world, to form an exquisite picture, bathed in the precious twilight of a Vermeer domestic scene. Such as it was a Baroque still-life, furniture, sculptures and textiles imported from the five continents, wait, as impassive as expectant, the return home of the Girl with a Pearl, whose infinite and kind glance will bring them this dreamed peace at the end of their journey.