BARCELONA: many cities within a city. 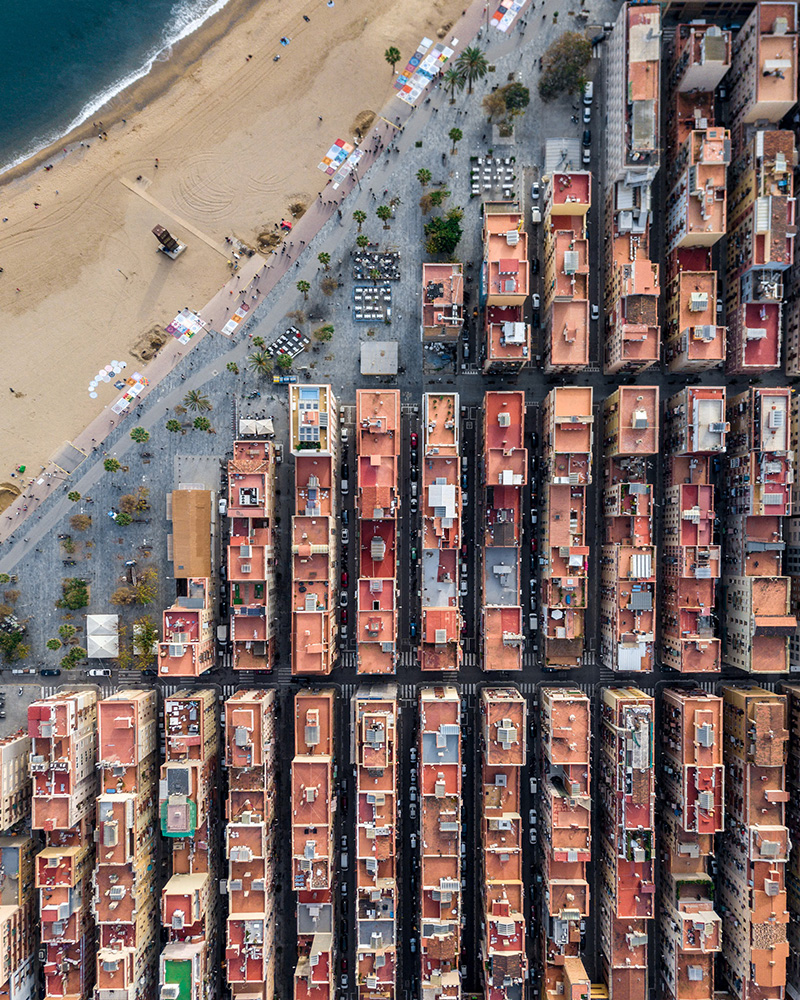 “Upon arriving at each new city,

the traveller finds a past of his that he did not know he had:

the foreigness of what you no longer are or no longer possess awaits you in foreign,

Everyone has got lost in the streets of a city at least once, and on turning a corner finds themselves seeing things that take them back to distant worlds or to familiar, faraway cities.   The sensation of suddenly finding yourself in different places is one of the characteristics of the Ciudad Condal. You only need to cross the boundaries, sit in a square, or just simply lookup.

During a stroll around Montjuic to appreciate the coastal landscape, we suddenly find ourselves in the middle of the MEXICAN DESERT, the gardens of Mossèn Costa i Llobera. Thanks to the arid microclimate which exists on this side of the mountain, it’s possible to visit one of the ten best themed gardens in the world, with over 800 species of cactus and succulents, including an oreocereus neocelsianus which is 200 years old. 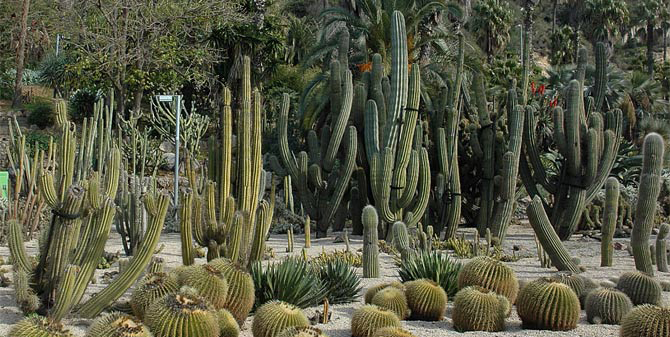 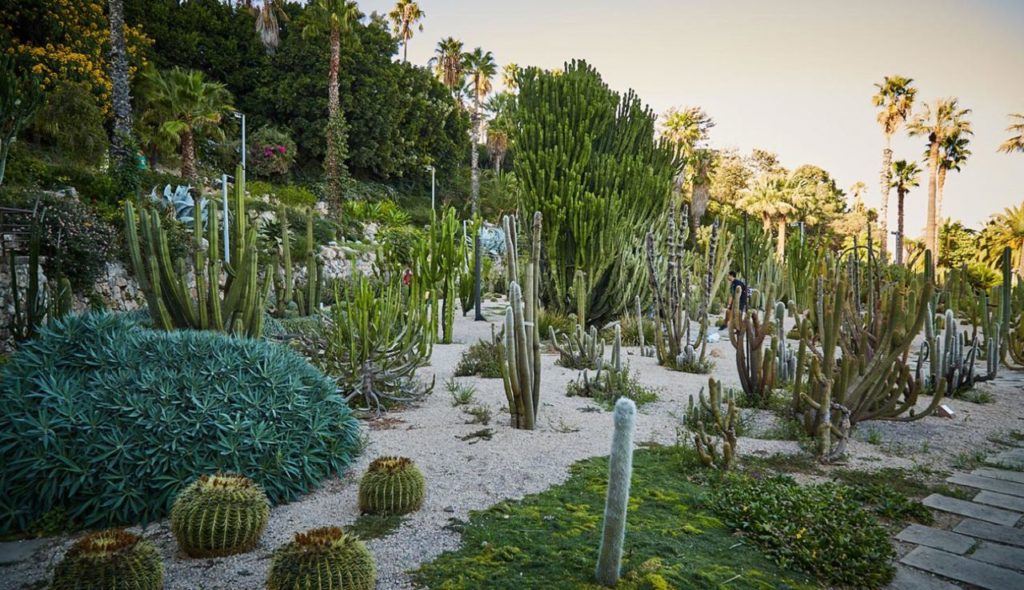 In just a flash you can go from Mexico to NEW YORK, just by going through the door of the Arús public library. Once inside, you can admire one of the three reproductions of the Statue of Liberty, protected by the library for 122 years. The building was commissioned by Rossend  Arús, democrat, Catalan, freethinker, journalist, philanthropist and mason. These last two characteristics give life to the library – a public place open to all genres of literature and most of all, free from any political, religious or social symbol. The spirit of the library is summarised by the slogan “anima libertas” – freedom of the soul – engraved on the book held in the left hand of the statue, this inscription being the only element that differentiates her from her sister in New York. 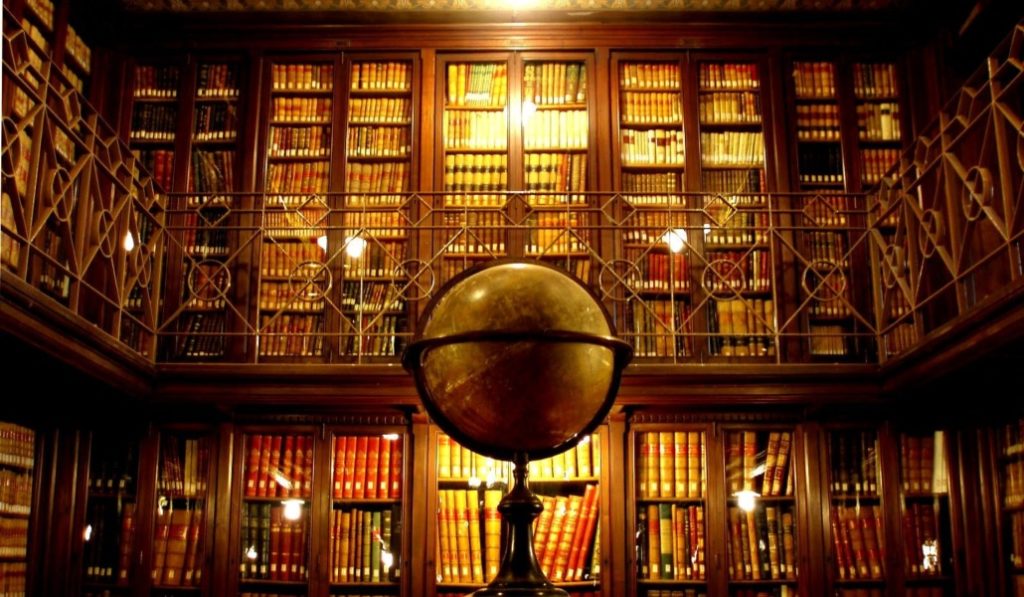 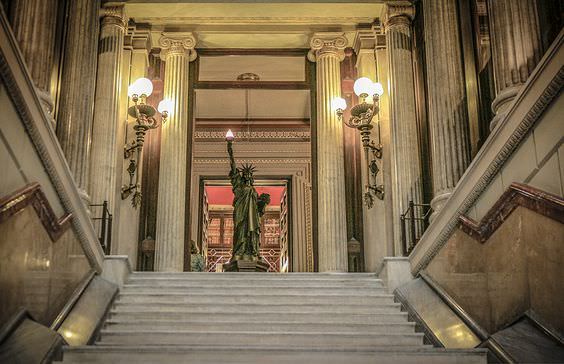 Continuing our stroll around the city we enter into the Gothic Quarter (Barrio Gótico), we become absorbed by the narrow, meandering streets, only to be catapulted to the PARIS of the Belle Epoque,  only lifting our eyes up to the sky in Milans street.  Built in the 19th century, during the demolition of the walls and the opening of the historical centre, the street, with its obtuse angle curve, creates a small circular ‘square’ and it’s at exactly at this point that if we look up we find ourselves in the atmosphere of a film noir or even in one of the famous Parisian passages of the 1800s,  yet what’s above our head in Barcelona is a clear blue sky. 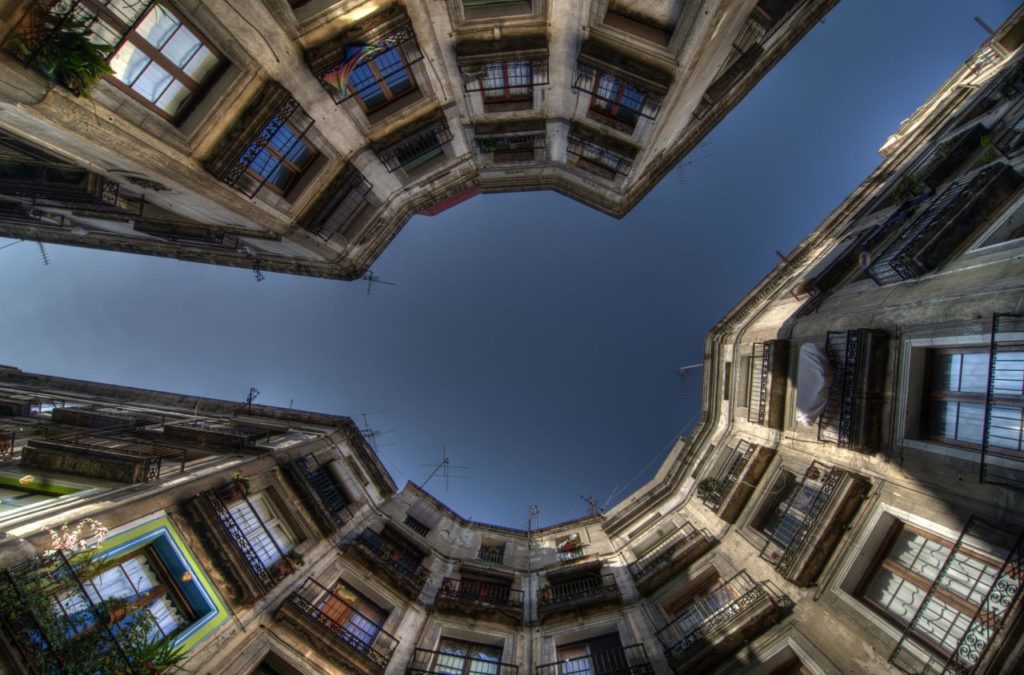 The Barcelona of Diagonal Mar is overwhelming and contemporary. When looking around, it seems as if we are in a northern European city such as ROTTERDAM, the centre of the new poetic and brutalist architecture.  In the last decade, Barcelona has been profiled towards the future and one of the main reasons is because of the contemporary art buildings.

Among those, one that stands out the most due to its massivity and height is the gigantic cement building Diagonal 00 – designed by the architect Massip-Bosh, and the equilateral triangle of the Museu Blau designed by the architects Herzog and Meuron.  A little closer to the historical centre the Torre Mare Nostrum emerges,  de EMBT, a type of glass architecture that despite the name, takes us far from the mediterranean sea. Last but by no means least the Torre Agbar was erected, by the architect Jean Nouvel, that in just a few years has managed to become one of the most distinguishable symbols of Barcelona, especially when arriving in Barcelona by plane on a clear night. 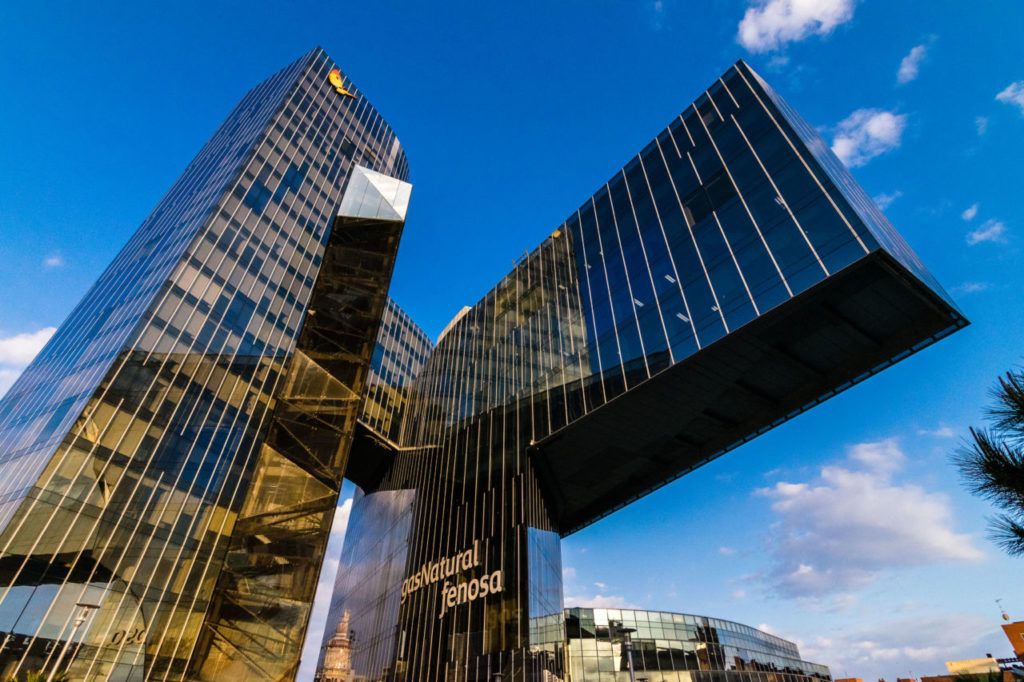 BARCELONA is seductive and enticing. It’s a city that is constantly changing its shape, colours, textures and urban scene. A city where you can see both familiar and unfamiliar places, a multicultural, cosmopolitan city, even in the urban and architectural structure: a city that contains different perspectives and that transports us to faraway places.