Urban greenhouse based on the new Blue Economy 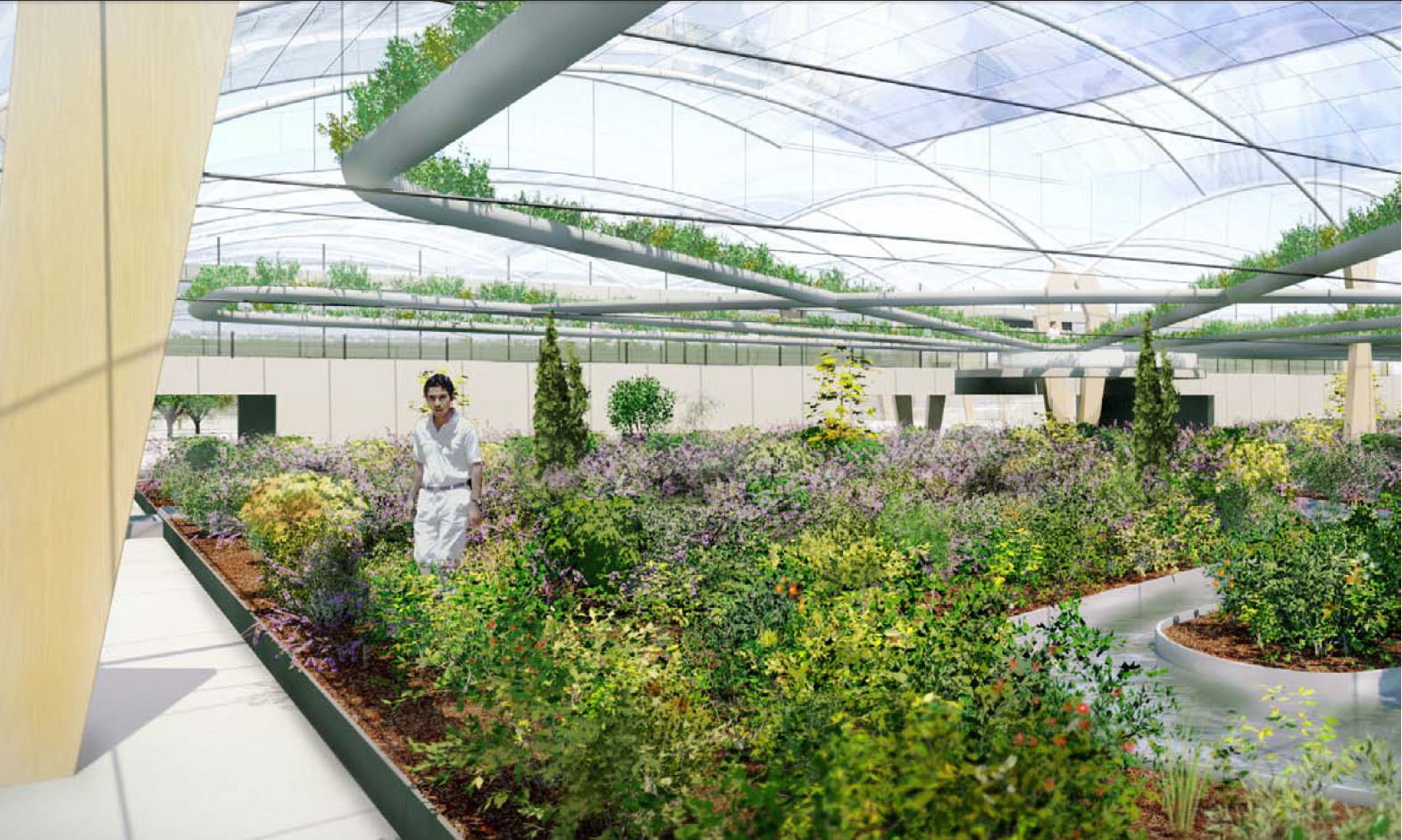 The idea of using the roofs of buildings as urban cultivation spaces is not new, in fact, nowadays it is considered as one of the necessary transformations on the path to the Smart Cities. The increase in population that will double its number in 2050, is calling into question our ability to generate resources to supply our increasingly overcrowded cities and taking advantage of covers seems to be one of the more immediate solutions to promote self-sufficiency and cooperation between citizens reaching a sustainable city model.

But the change is not as immediate. Adapting a roof to transform it to a small lettuce garden is affordable for anyone intending to do it, but reaching a food self-supply model is more complex and requires some organization skills, time for learning and cooperation between neighbors.

Green roof construction companies are aware of this problem and some of them are already researching and innovating to achieve real local food production centers. This is the case of the Dutch company Except, that through its new greenhouse system Polydome intends to facilitate the task of making cultive accessible to anyone who intends to produce its own food.

Polydome system concept is based on Blue Economy, through which the residues are absorbed and used to regenerate the ecosystem. Its operation follows the maxim zero waste by generating a complex ecosystem which minimizes the maintenance while facilitating the cultivation of a greater variety of fruits and vegetables.

The greenhouse system could supply, according to its designers, up to 80% of the food needs of a low-density city like Rotterdam using only the 3% of its roofs surface.

The idea is based on a poly-cultivation system that takes advantage, like nature, of plant waste and animal dung as fertilizer for new crops. It is created a small ecosystem which introduces farm animals like chickens or hens, small ponds with fish and insects like bees to produce honey. With its diversity, the system tries to mimic the natural ecosystem process reducing the need for fertilizers and pesticides. Furthermore, it experiments with hydroponic cultivation in which the need of fertile soil is reduced and replaced by water and minerals.

The success of the system is based on a maintenance that becomes profitable, the large production capacity of the poly-cultivation greenhouse allows its promoters to sell their surplus obtaining economic benefits in addition to the savings achieved through food self-supplying. For example, a small community of neighbors could lend their roof space to be cultivated by a third party who could benefit from the sale of crops in exchange for ceding a portion of production to the neighbors.

We will have to wait to assess the human ability to cooperate in this kind of processes which will undoubtedly be necessary to achieve a sustainable production system.

More information about the project at POLYDOME webpage