Architecture and experience: the environment.

In our last post, we delved into the relationship between individuals and architecture, analyzing how the height of a space determines our experience in it. Today we will turn to another factor to take into account when considering our relationship to architecture: the environment.

Research has found that a building’s views affect its occupants’ ability to concentrate. For instance, having a view of a natural environment, such as a park or a forest, helps sustain attention. A study (Wells 2000) monitored children between 7 and 12 years old before and after their families moved in order to evaluate how the view from their windows influenced their attention spans: if the views were to a green space, they scored higher in attention tests. This is because urban environments are more stimulant, requiring more attention and cognitive work than meadows and trees.

Every year companies invest more in the creation of sustainable office spaces, to the benefit of both the environment and their employees. One of the most notable buildings of this kind is the Commerzbank tower in Frankfurt, which integrates green spaces in its interior.

The building has a triangular floor plan, made up of three “petals” – the office floors – and a “stem” – a full-height central atrium. The visual and social centres of the offices are the winter gardens, which climb in a spiral around the patio every four floors. From outside, these “rooftop gardens” add a feeling of lightness and transparency to the building.

From a social angle, these gardens function as “plazas” or meeting places during breaks. From an environmental angle, the gardens bring daylight and fresh air to the central atrium, fulfilling the role of a natural “chimney” for the inward-facing offices. The gardeners have selected flora from three different regions: North America, Asia and the Mediterranean. 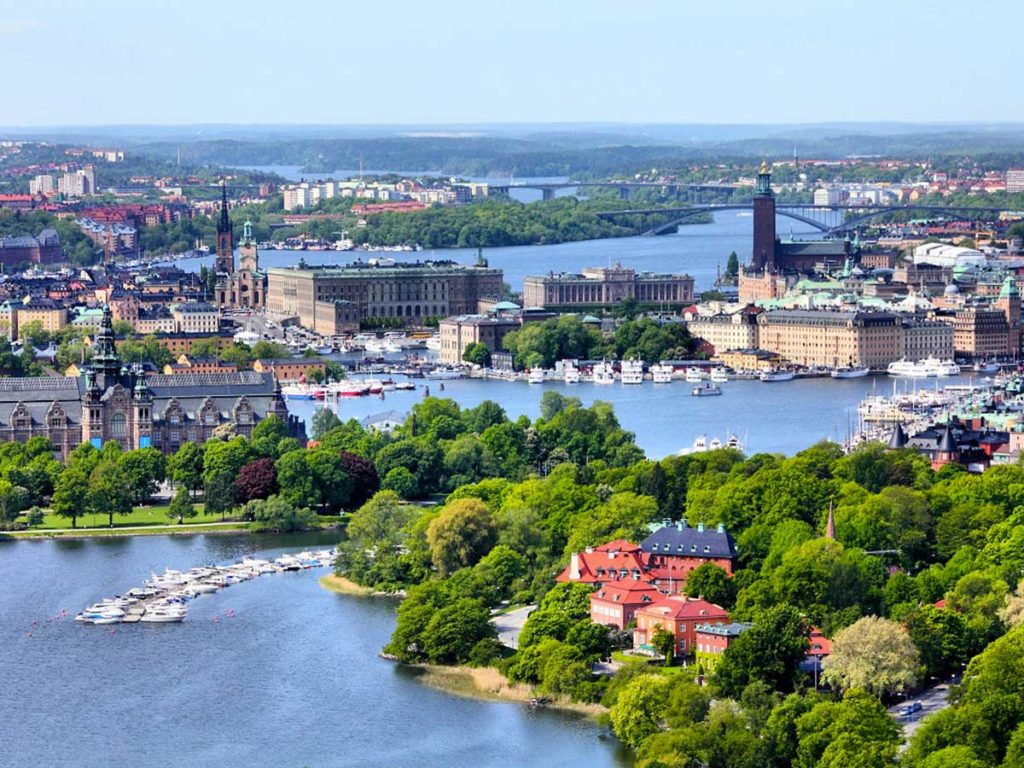 Being in touch with green spaces is also effective on a larger scale: parks, forested and green areas are critical for achieving a high quality of life. Access to nature allows us to meditate, feel free, relax and reduce stress. Copenhagen, one of the cities with the highest quality of life, boasts more bicycles than cars on its streets as well as family-friendly and – you guessed it – environmental policies. All citizens live less than a 15-minute walk away from a green area.

Stockholm is another “green” city: it is built on fourteen islands, which makes water an omnipresent element. There are fifty-seven bridges that allow citizens to move from one neighbourhood to the other; it is deservedly nicknamed the Venice of the North. [To finish, let’s take a look at this picture of Stuttgart. As you can see, more than half of its surface is covered by parks and lakes.