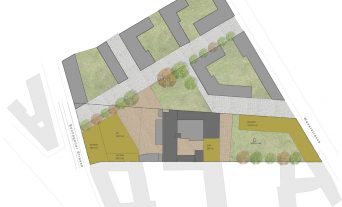 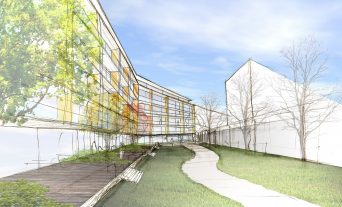 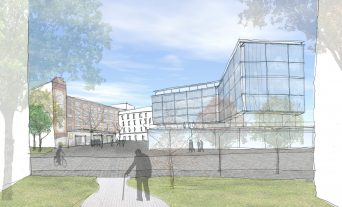 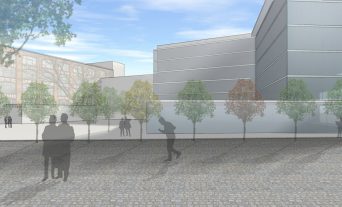 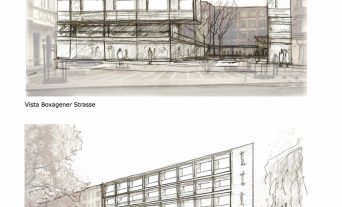 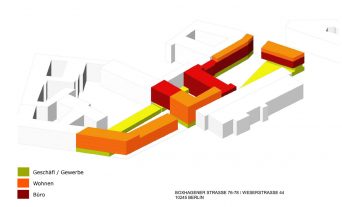 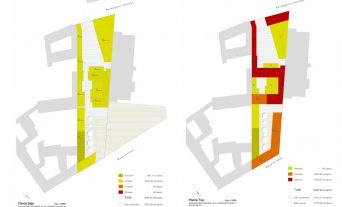 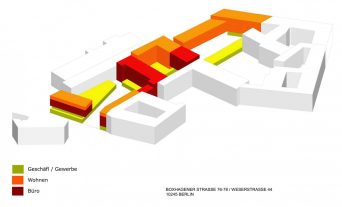 This project involves the remodelling of a former factory from the turn of the century and its surrounds, transforming a cold and rather forbidding building into a space in which leisure and recreation can sit comfortably with daily life.

The building stands in one of Berlin’s most interesting and up-and-coming quarters – Friedrichshain – and originally had a metal fence separating a grey and lifeless car park from the street, leading our client, Renta Corporación, to invest in converting it into an open space in which landscaped areas blend beautifully with the commercial premises and parking zones.

The entranceway has been further graced by the refurbishment of ground-floor building to house commercial premises, including three restaurants and a parapharmacy, which give the site a welcoming and family-oriented air and thus prevent it from becoming a mere thoroughfare of zero interest to the neighbourhood.

With regard to the main building, there have been subtle improvements to the look of the façade, and the basements and light wells have been conditioned. The attic has also been converted for use as offices for a communications firm.

Thanks to this simple and suitably priced intervention, value has been restored to the building and to the commercial zone around the entrance, transforming it into one of the most interesting and lively spots along Boxhagener street.