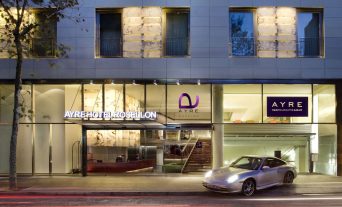 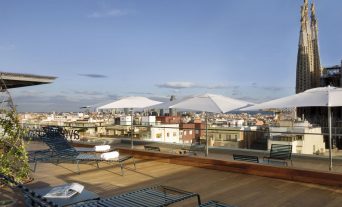 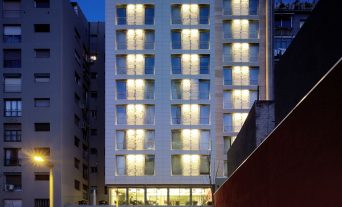 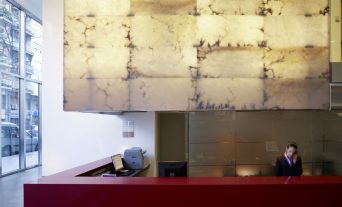 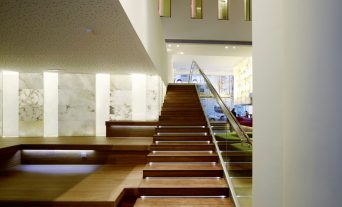 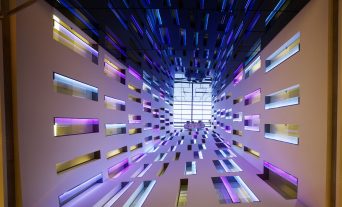 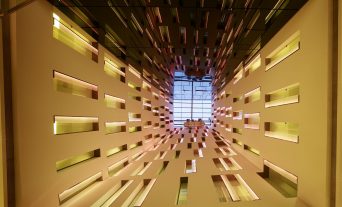 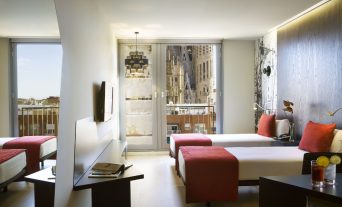 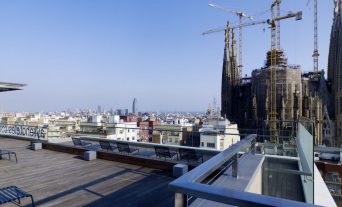 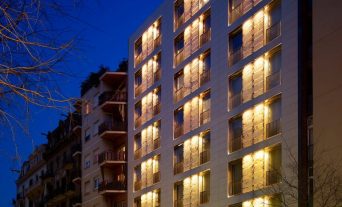 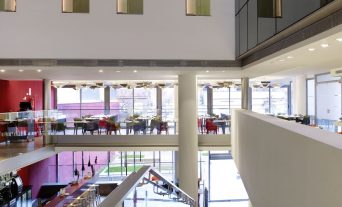 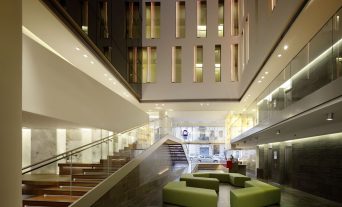 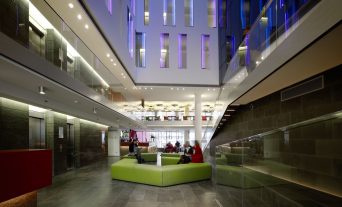 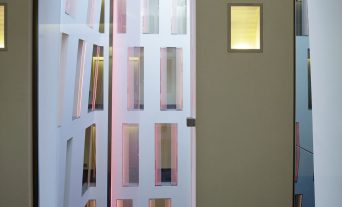 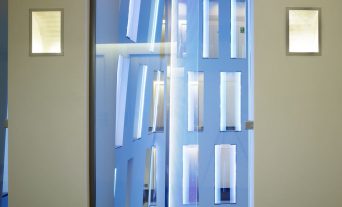 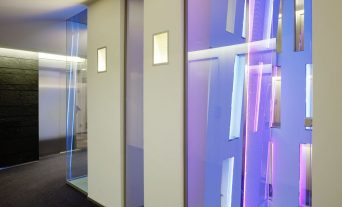 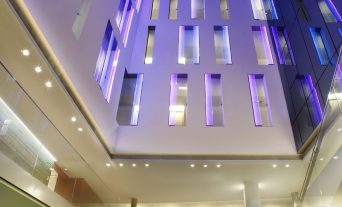 Finding its inspiration in Gaudi’s maxim “originality is to be found in returning to the origin”, the Wortmann office proposal was selected as the winning entry in a competition sponsored by a private promoter to create a four star hotel. The proposal pays homage to Gaudi through a construction design finding its inspiration in the interior of the towers of the Sagrada Familia.
The proposed building, located on Calle Rosellón, allows access to a newly created public square to the rear of the hotel, a revival of the Eixample interior gardened patio. A total of 105 bedrooms, suites, meeting rooms and spectacular views of the Sagrada Familia from the roof top offers a genuine service to clients.
The façade is influenced by the characteristic bay windows of Barcelona’s Eixample and through the inclusion of naturalistic geometric forms seeks to express a sense of organic harmony.
The most emblematic element of the project, an interior illumination well of eight floors, channels the entering daylight to produce kaleidoscopic contrasts between brightness, shade and colour. The ventilation, designed on bioclimatic principles, plays with the natural airflows to create optimum conditions according to the seasons. In summer, the inflow of air from the exterior square is harnessed to create a cool interior; in autumn and spring, natural ventilation is utilised; in winter, an intelligent system regulates the access of air through skylights, pushing a flow of warm air to the ground floor of the hotel.
Sensuality, spaciousness, versatility and transparency transfer to this business and tourist hotel a modern interpretation of luxury and comfort.